Riots or peace and well-being? 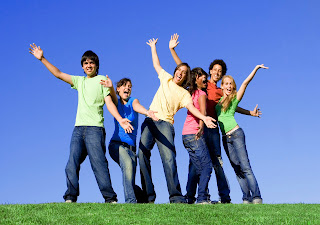 For those of us in our fifties the rioting and looting in London and other places gives us a sense of deja vu.


Riots have featured in my working life, having been involved in Bradford in the Commission set up after the 1995 riot and involved in responses to the 2001 riot.


Out of interest I googled to see if riots have occurred in countries with high well-being scores. I found a fascinating article about the Geography of Peace. One relevant statement leapt out:


'Nations with less income inequality have higher levels of peace, while inequality is associated with peace's opposite' http://bit.ly/qkWqAP. Britain has a substantial and widening inequality. People's experience of that inequality undermines their well-being.


The former Labour Government and the present Coalition have recognised the importance of paying attention to the quality of their citizens' lives.


The Labour Government responded with substantial public investment in the most economically disadvantaged communities and the public services on which they depended during the 2000s. Local politicians were given the 'power and duty of well-being' i.e. the ability to act in any appropriate way to increase the well-being of their areas. This investment and focus did make a difference - but a fragile one.


The Coalition have so far held a survey about well-being. They have also felt obliged by economic circumstances to cut drastically public investment in their citizens and the services that support them.

Bad behaviour on this scale is not just about criminality and the ability to exploit social networks. Politicians would be unwise to write it off as just that.﻿

A Touch of Magic in Hard Times

What have positive approaches to change management got to offer when times are hard and cuts are being made? 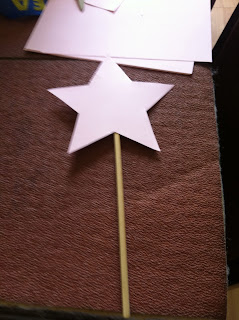 Yesterday I was in the East of England working in just this way with a newly constructed team in a large local authority. In the room were thirty plus people who had previously been part of four other teams. They had seen valued colleagues lose their jobs and found themselves reshuffled to make up a new team that will serve the organisation in a different way.
So where did the magic come in? It came in as:
- people shared something of themselves - their mood, their hopes, the things that spark their energy and creativity at work;
- they honoured the legacy of former colleagues by sharing stories of their former team's very best work;
- they uncovered from their histories all the times when they had joined new teams and been part of successful teams, identifying what had made the experiences so good;
-  from their stories, they drew out all that these had to tell them about what makes for success;
- they used these findings and their ideas for 'what else' to develop a picture of the future they want to create for the new team;
- they determined the actions they could take immediately to move towards their vision.
And through the day the energy levels rose and rose - energy that is essential for change to happen. I had made some wands for them to use to grant their wishes for the new team. I had even brought some fairy dust. None of it was needed.
They had created the necessary magic all by themselves!

An excellent example at a workshop last week of why it is important to engage the right side of the brain as well as the left when trying to find innovative solutions.

The task was to imagine it was 2020 and we had succeeded in reducing the number of people with diabetes who suffer sight loss. In 2011 people from the particular community we were thinking about, told us that they don't really understand prevention in relation to some health issues.

The participants were asked to draw a picture to illustrate what would be happening to enable this success. One participant came up the Q'ranic verse 'Trust Allah but tether your camel' i.e. God needs us to take action as well. This provided the group with a great visual image.

﻿That image and the text of the verse might well provide us with a prevention campaign that will engage people heart, mind, body and soul.﻿

What do self-control and resilience have to do with happiness?

Riots or peace and well-being?

A Touch of Magic in Hard times﻿﻿